Are sharks more dangerous than trees? 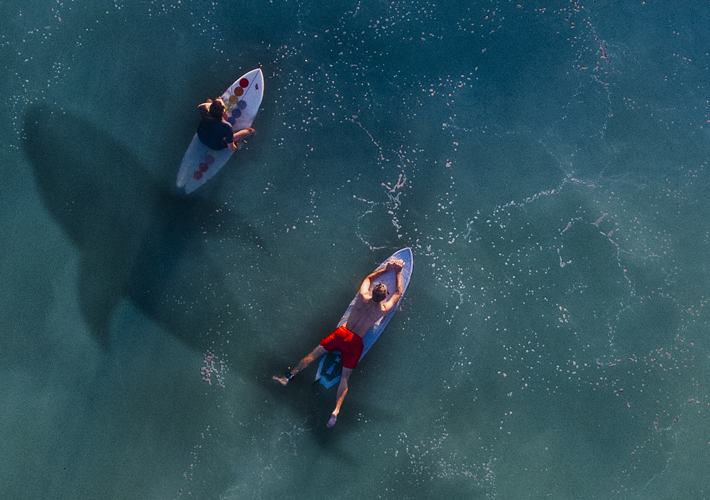 Even though trees don’t chase after you when you’re swimming or reach out and grab you when you walk past them, there is a perception in some parts of the community that trees are very dangerous.

This view was confirmed recently when Tree Logic was involved in a community survey, designed to ascertain local residents views about trees.

One particular respondent took us by surprise stating that ‘trees killed between 30 to 40 people every year’.
Further investigation showed that while most people didn’t think this figure was accurate, the resounding theme was that trees were dangerous.

In some ways this is not surprising. Many of us were taught as children never to play under a eucalypt because ‘they are widow-makers’. But it goes to show how limited general understanding is regarding trees and what they do and don’t do.

In fact the overall risk to human safety is extremely low, according to the UK based, National Tree Safety Group (NTSG). Research by the Centre for Decision Analysis and Risk Management (DARM) on behalf of the NTSG demonstrates that the overall risk to the public from falling trees is extremely low, representing about a one-in-10 million chance of an individual being killed by a falling tree (or part of a tree) in any given year.

And as to the question are trees more dangerous than sharks?

According to the Australian Shark Attack File, approximately three people per annum are killed by sharks, so it’s fair to say that sharks are more dangerous, but only by a whisker.

Number of people killed in car accidents per year in Australia? 1,206 in 2015.* The reality is that driving in a car is much more dangerous than both sharks and trees.

However, the media loves a good story, particularly one that doesn’t happen every day, and trees illicit a strong emotive response.

*Department of Infrastructure and Regional Development